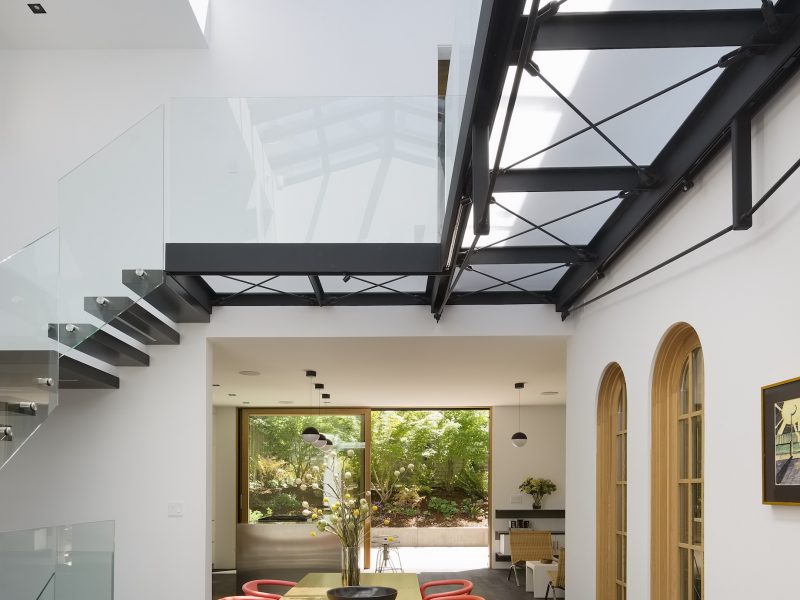 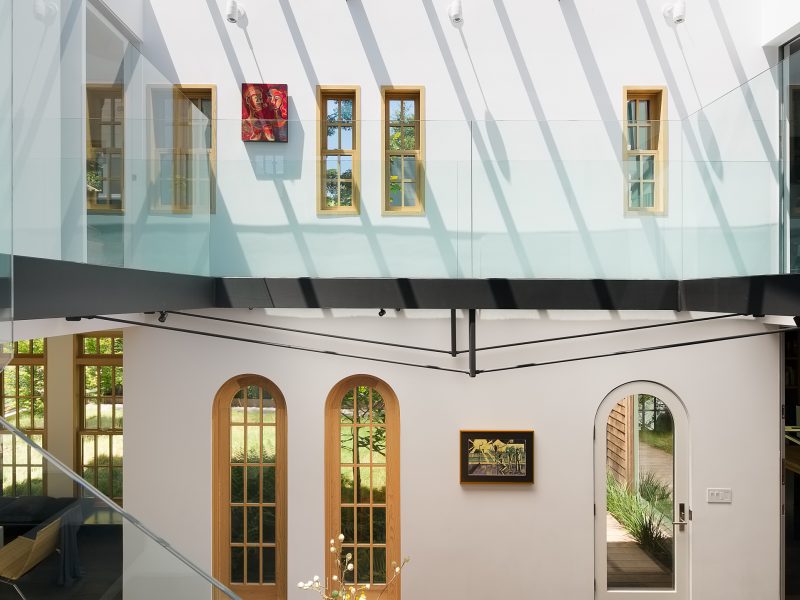 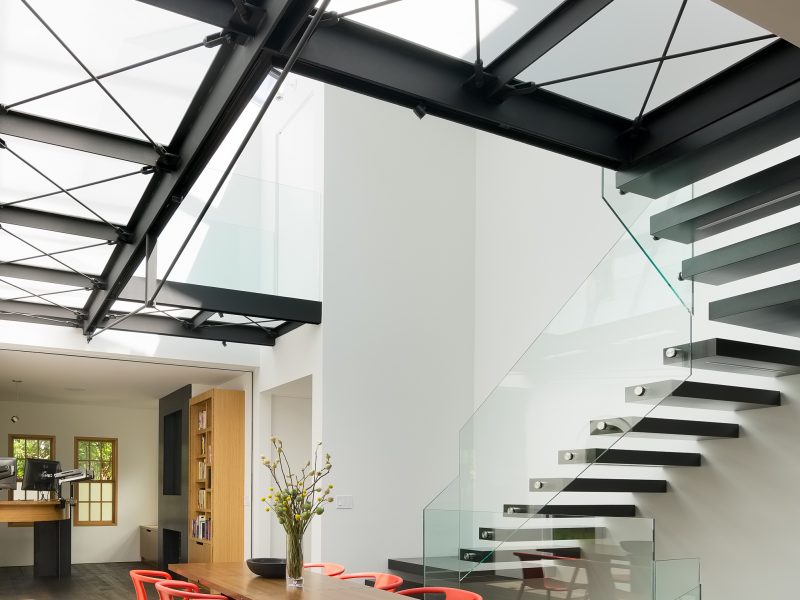 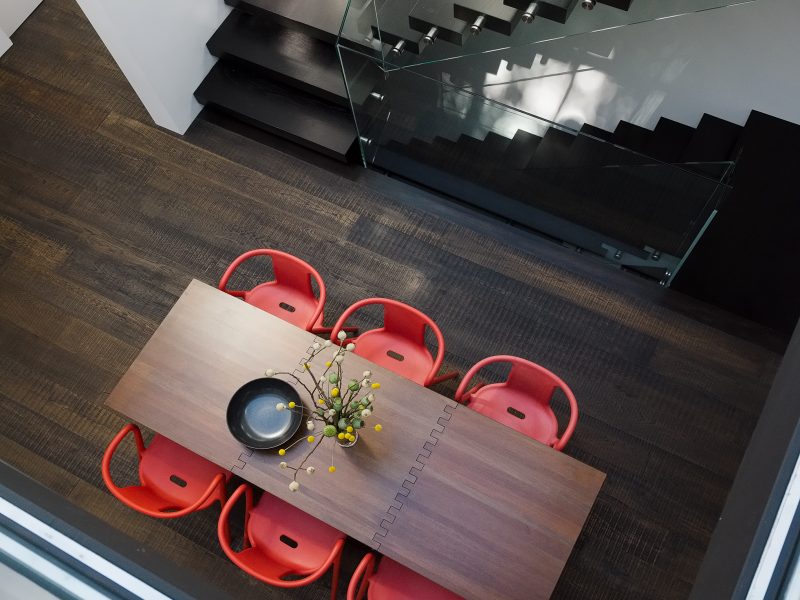 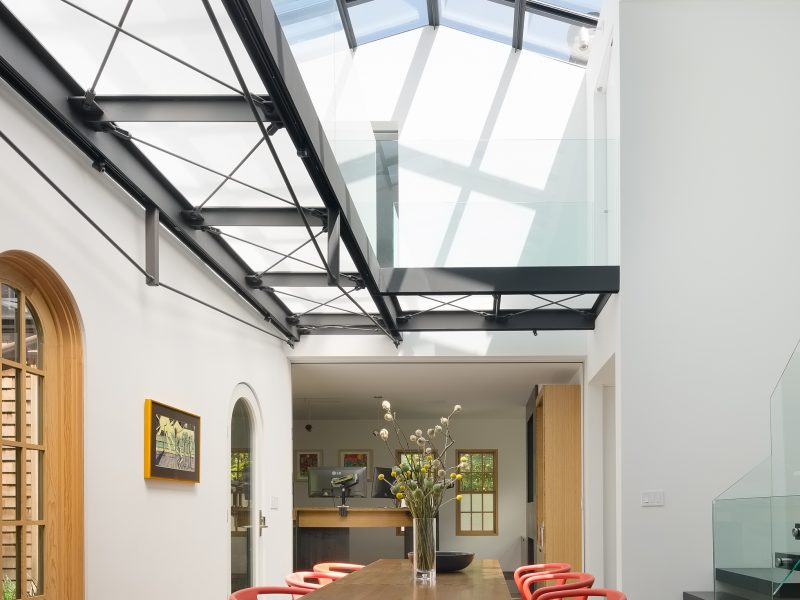 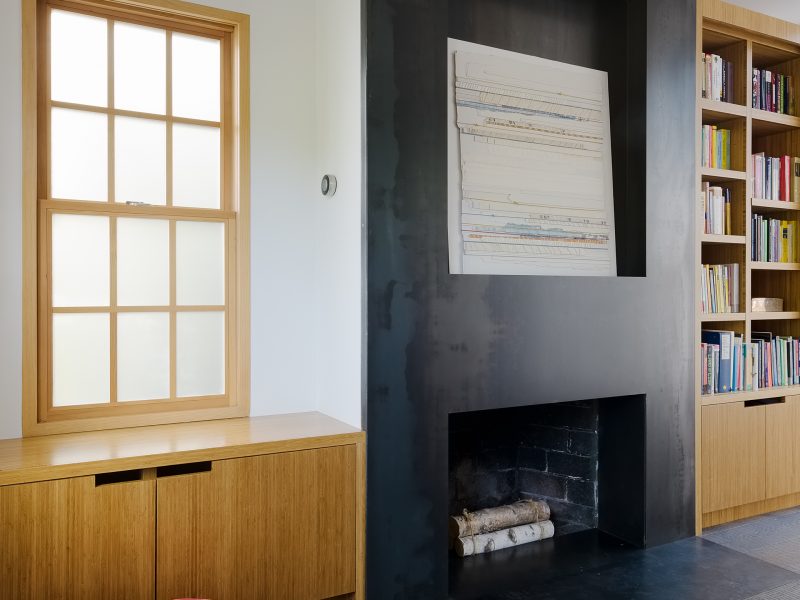 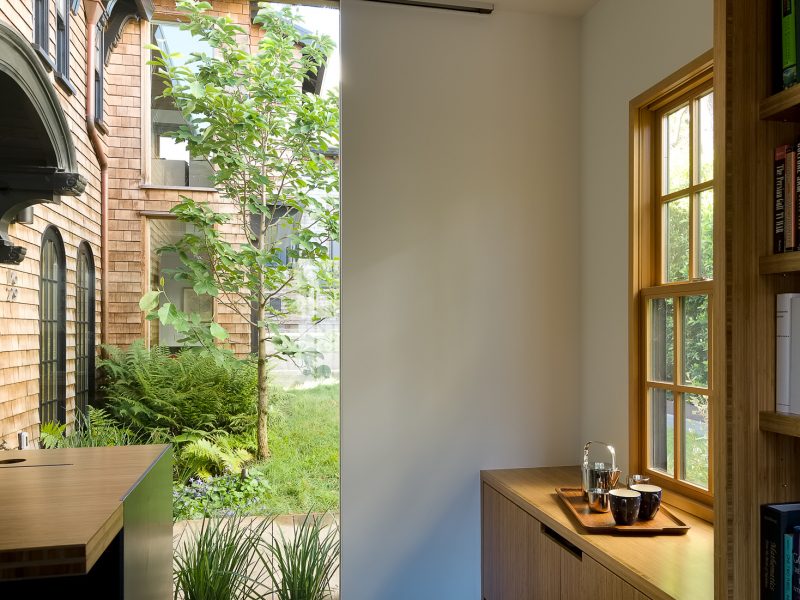 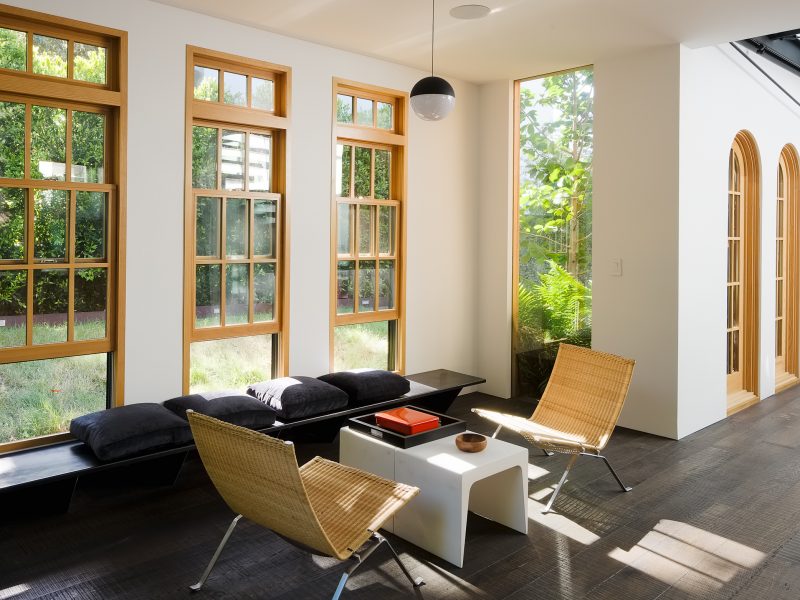 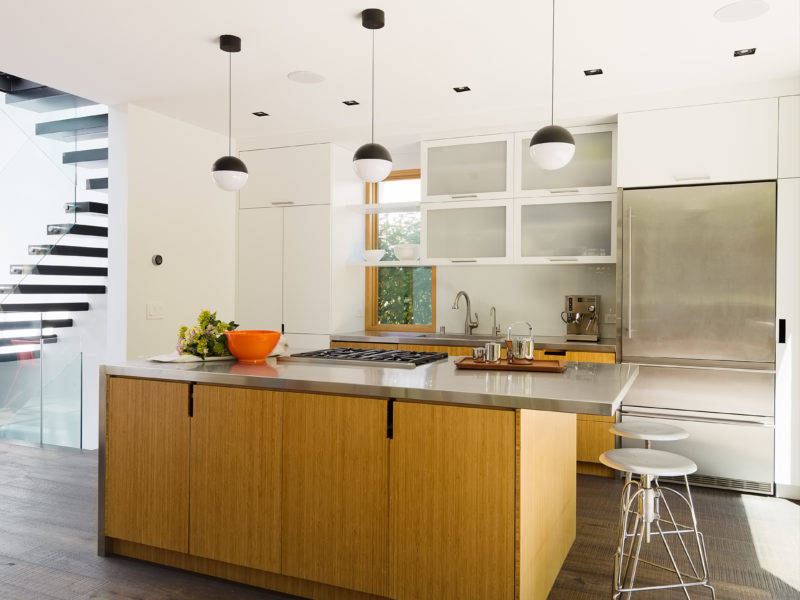 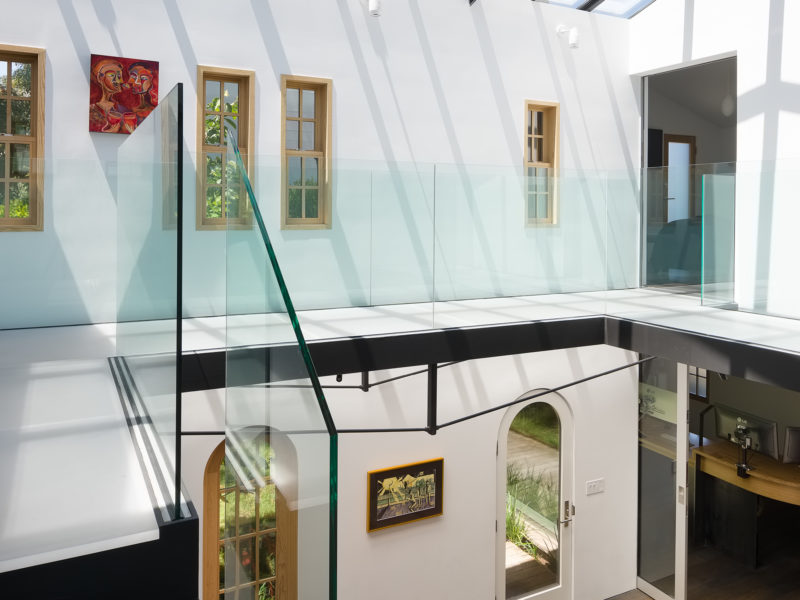 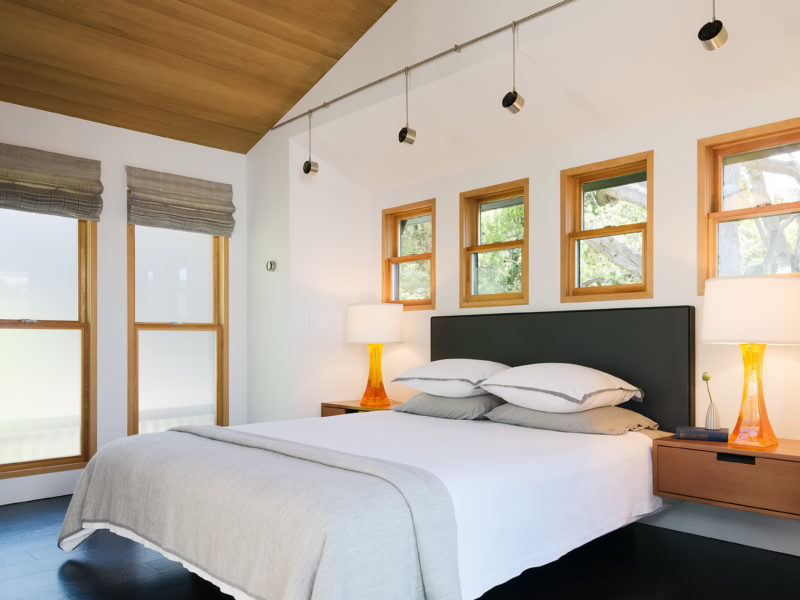 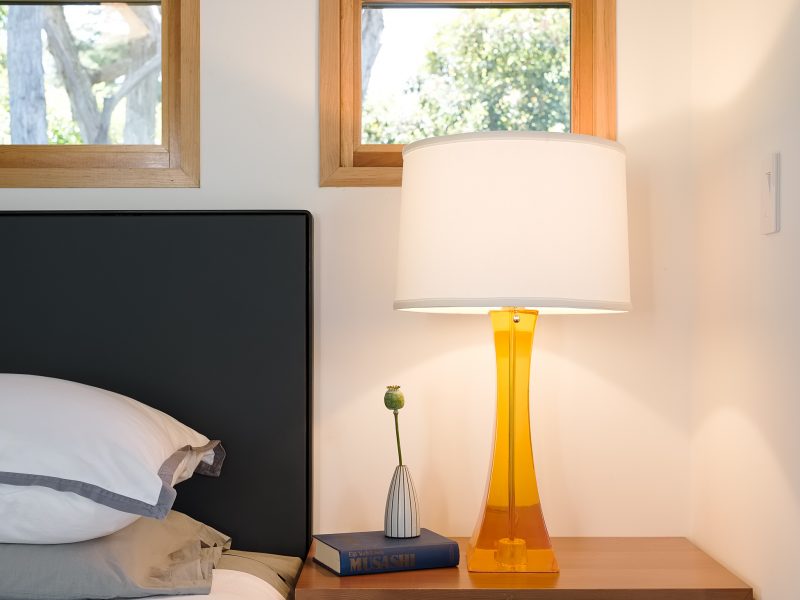 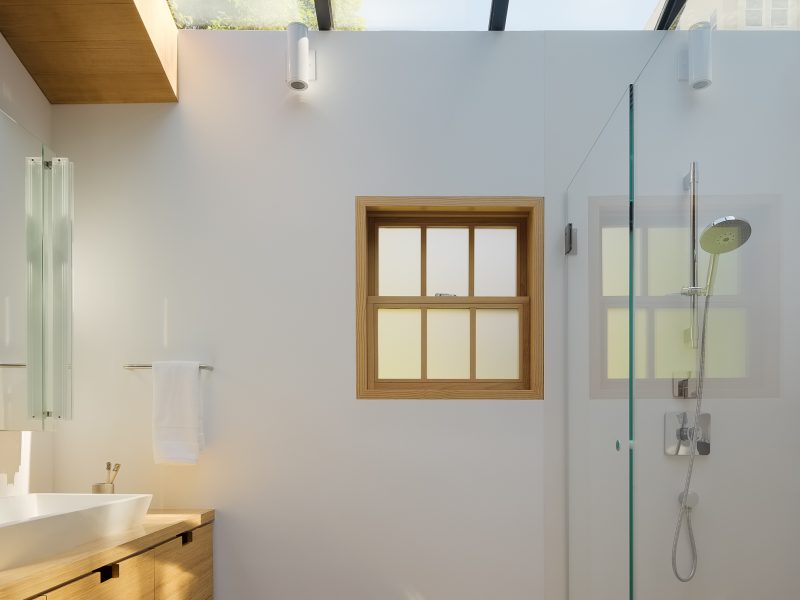 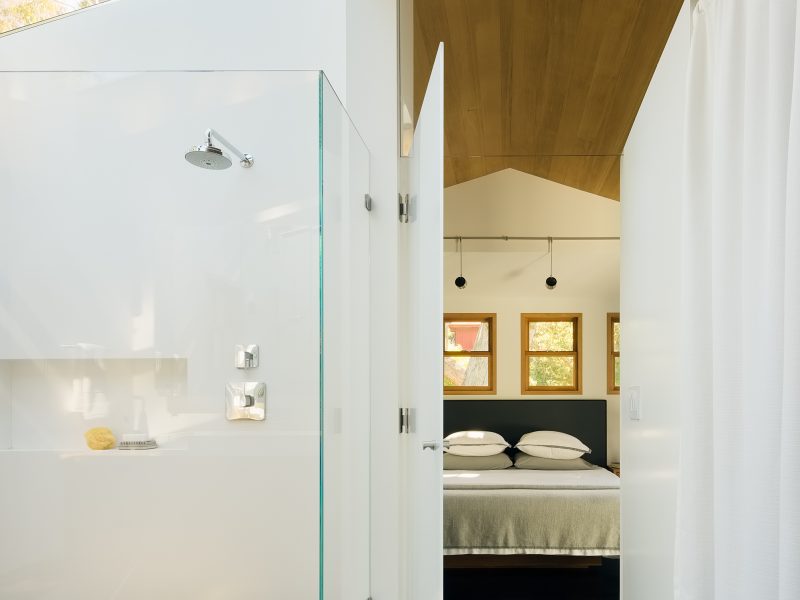 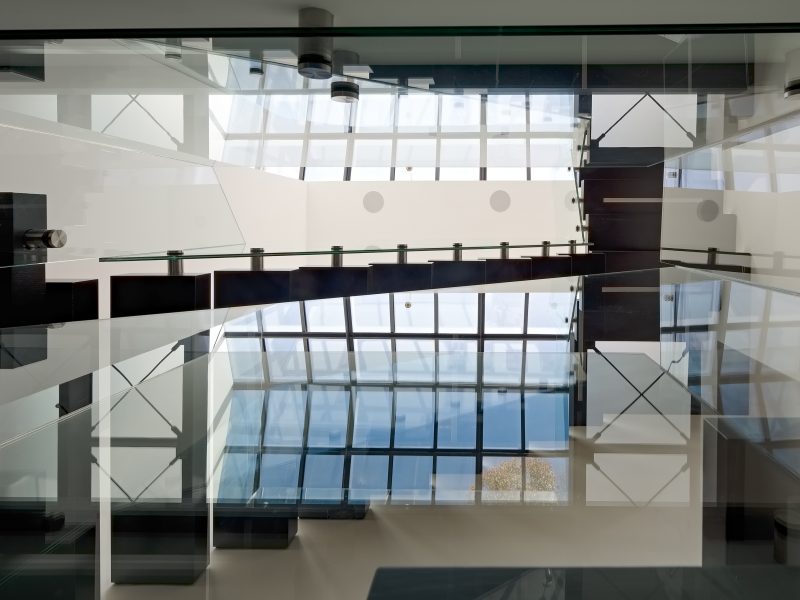 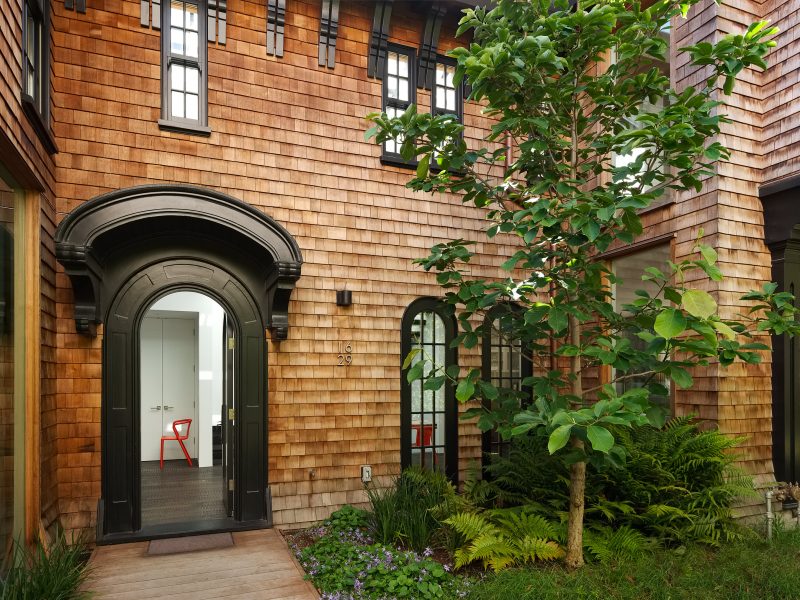 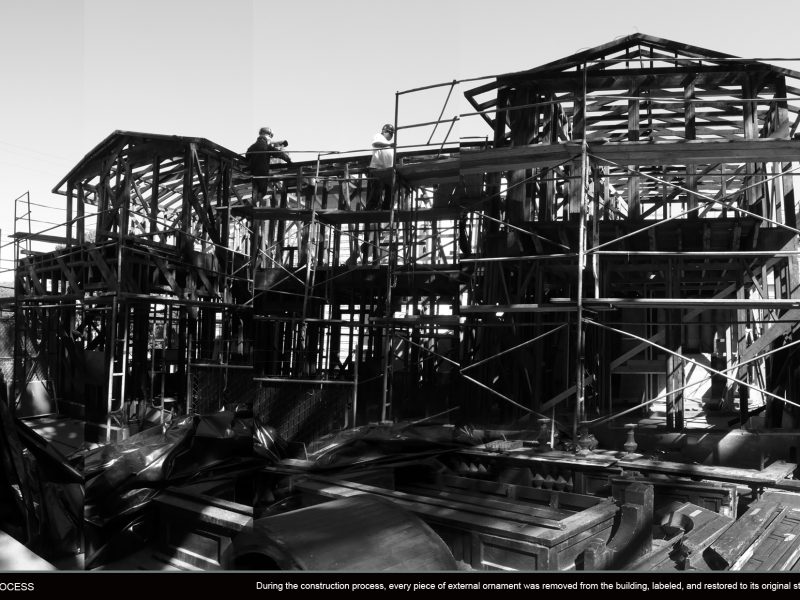 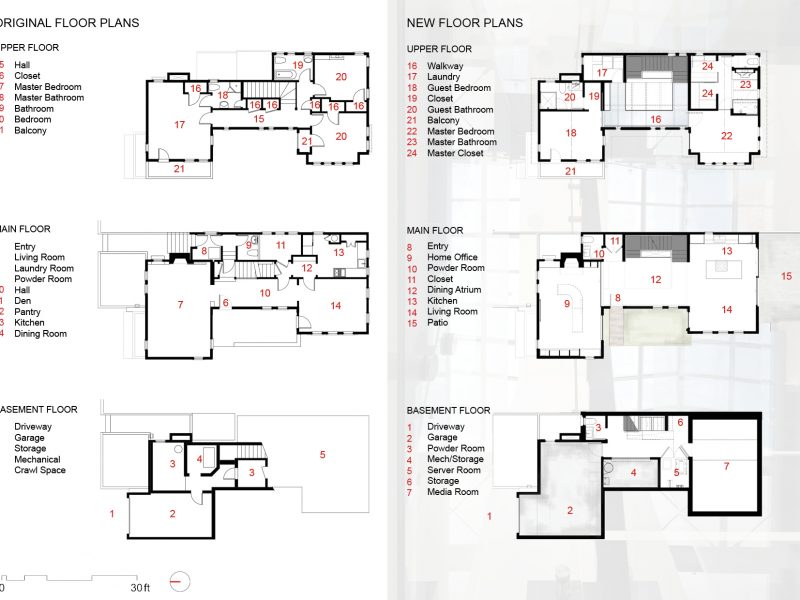 The project consisted of a complete interior remodel, the conversion of existing crawl space areas to habitable square footage, and additions at the first and second levels. The finished design not only maintained the historic facade and materials, but also established a modern, open household.

This project displays elements of the First Bay Region Tradition, a Bay Area adaption of East Coast Shingle style. This is shown through the wood shingle siding, brick chimney, asymmetrical facades, varied eave lines, and numerous roof gables. Some of the exterior decorative elements were sourced from the recently dismantled 1915 Panama-Pacific International Exposition in the nearby Marina neighborhood.

Featured design elements of this project include personalized desks, the bridge walkway along the upper story, and the cantilevered staircase. This renovation especially opened the second story, creating a double story dining space as well as provided for further interaction and transition between the interior and outside world.

The Cow Hollow home was designed by one of a very small handful of American woman architects working in the early 1900’s. Elizabeth Austin had graduated from UC Berkeley in the early part of the century and ran a practice until the end of WW2.  We felt honored to be tasked with protecting her vision, while at the same time adapting it to a new century of life.

The building is a known Historic Resource under CEQA. In San Francisco, renovating such a building requires special Planning review, historic analysis of the existing building and proposed changes, and public engagement.