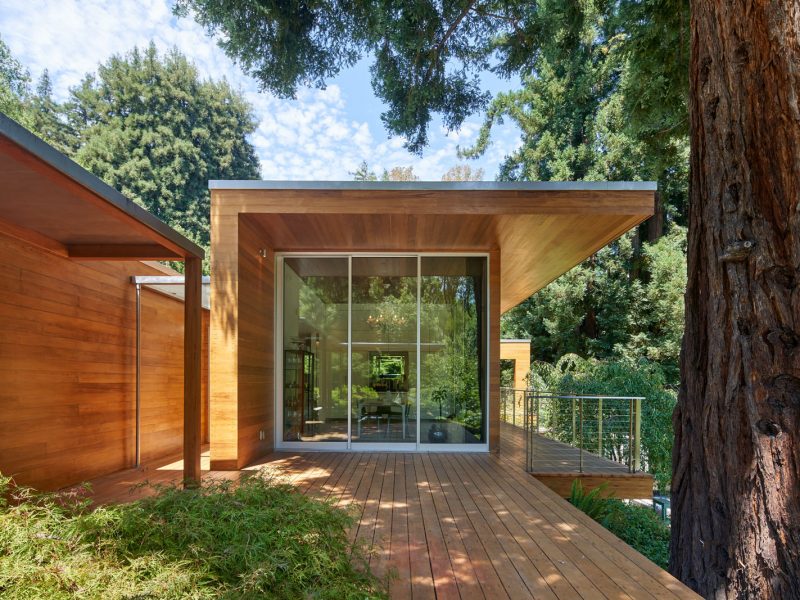 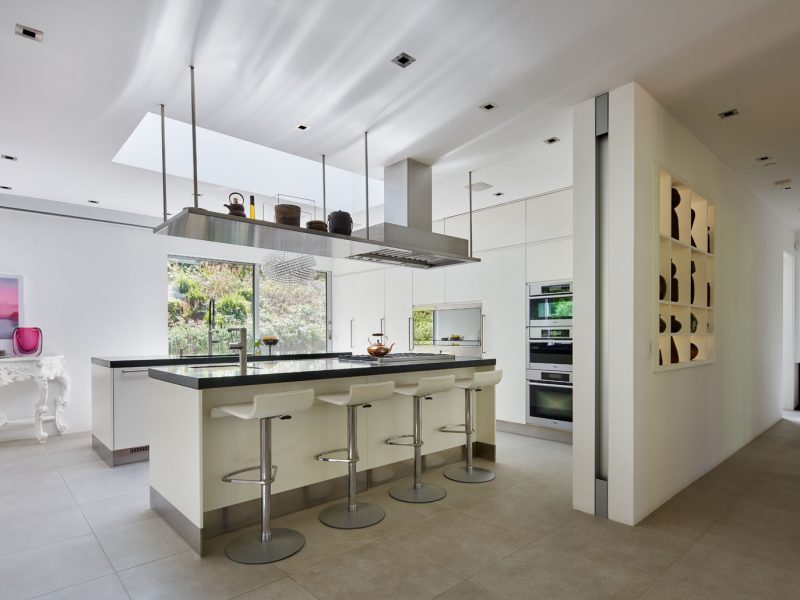 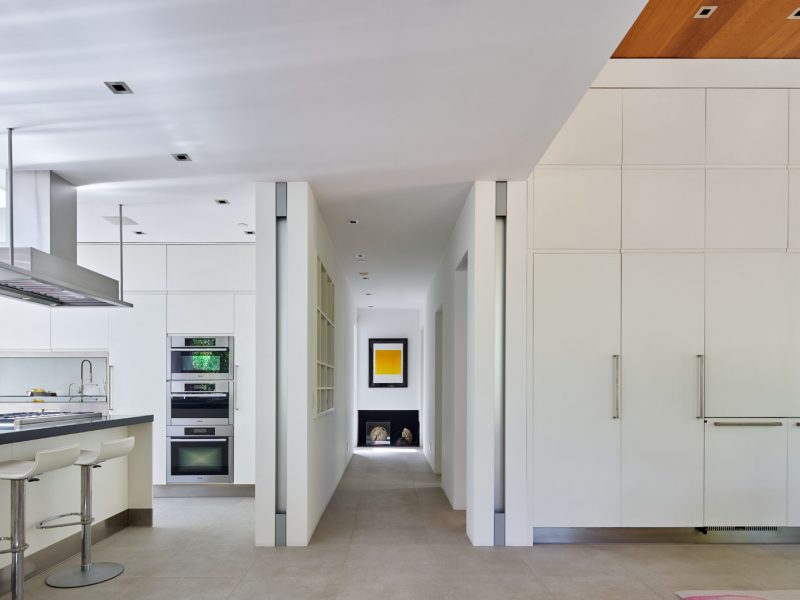 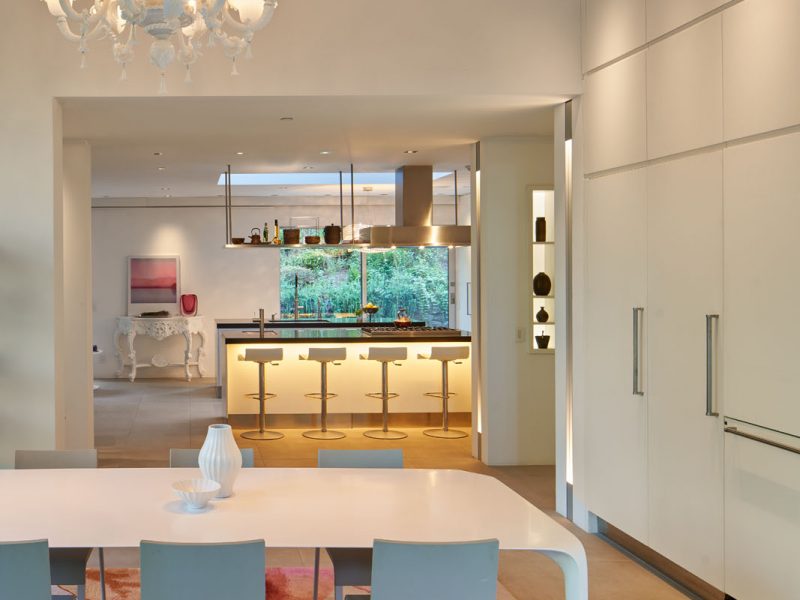 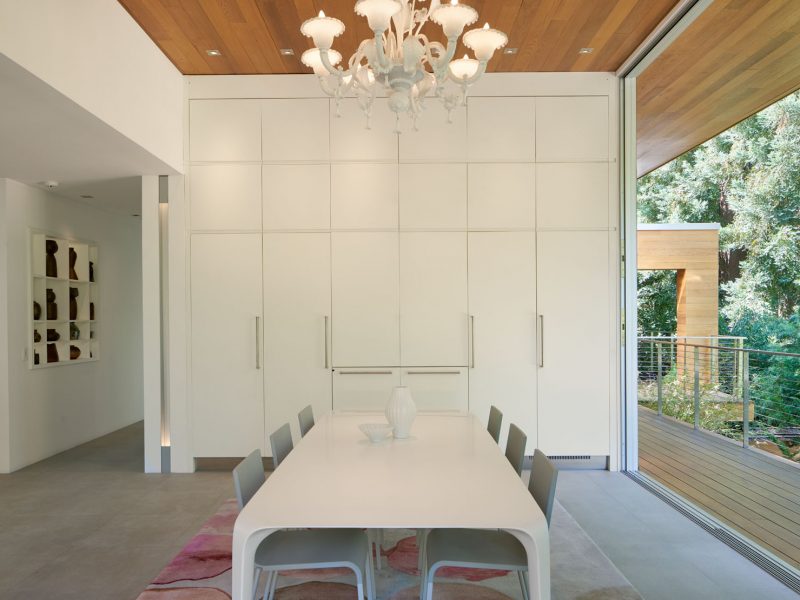 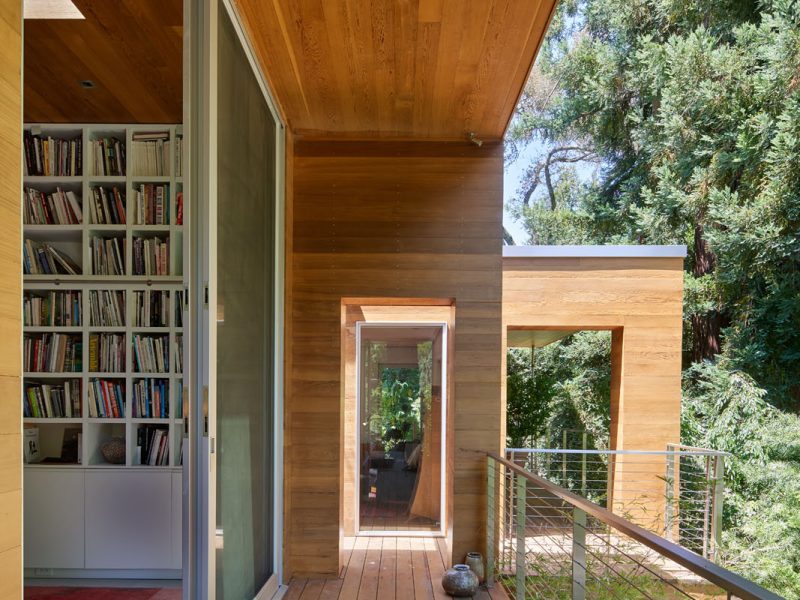 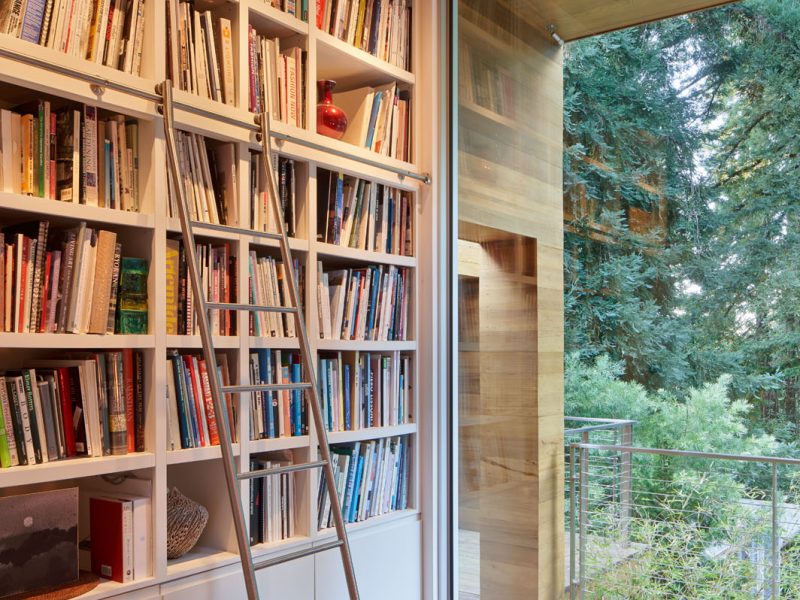 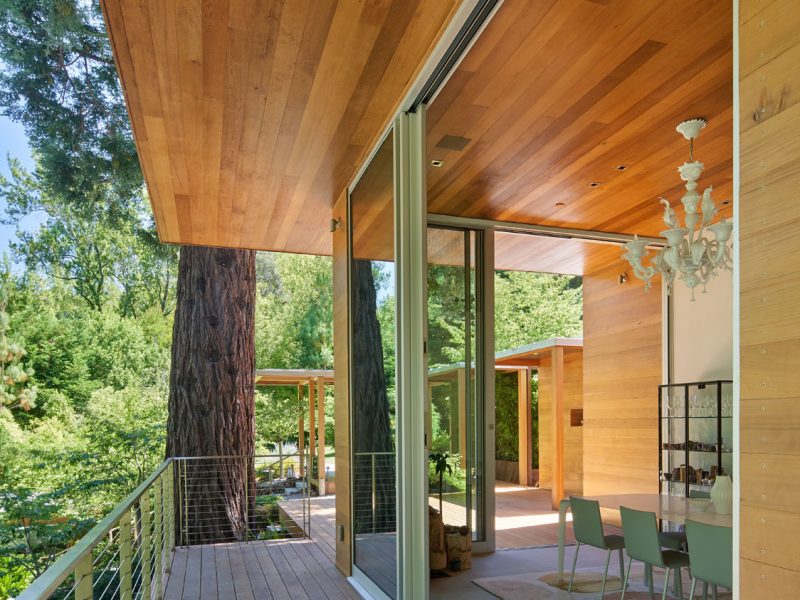 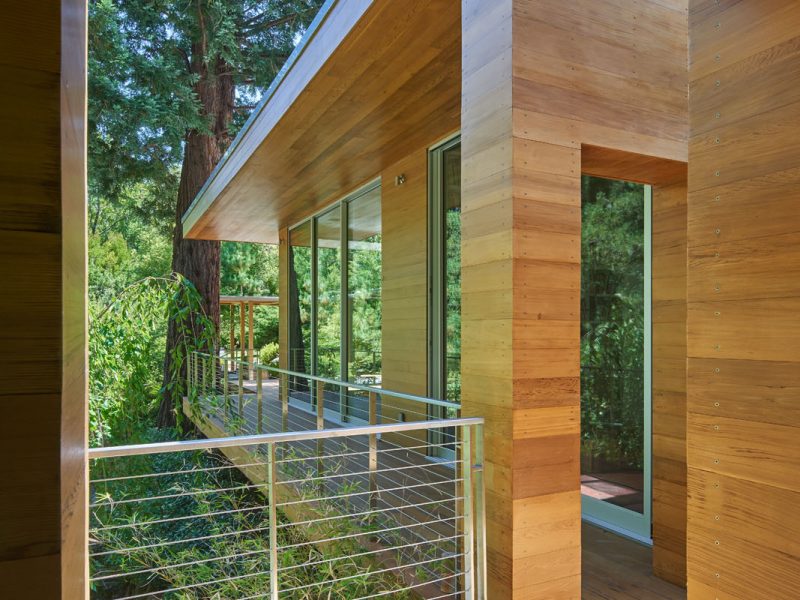 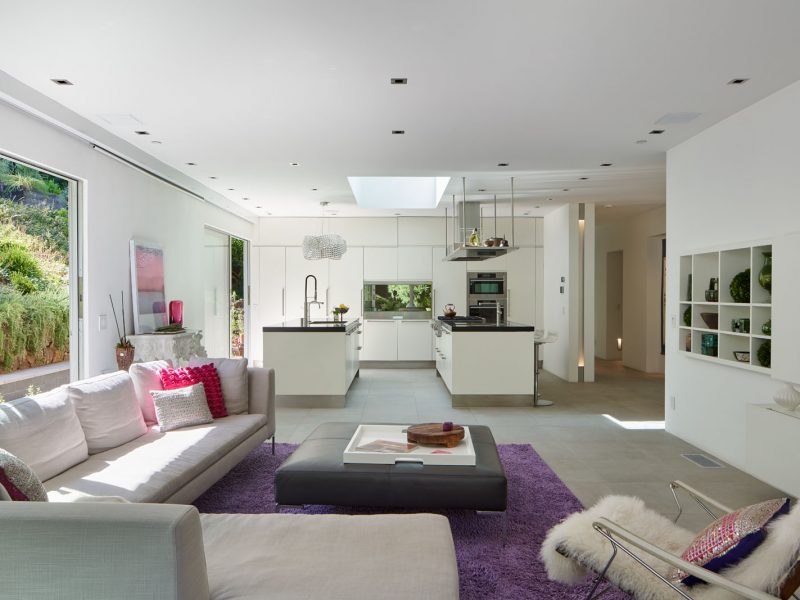 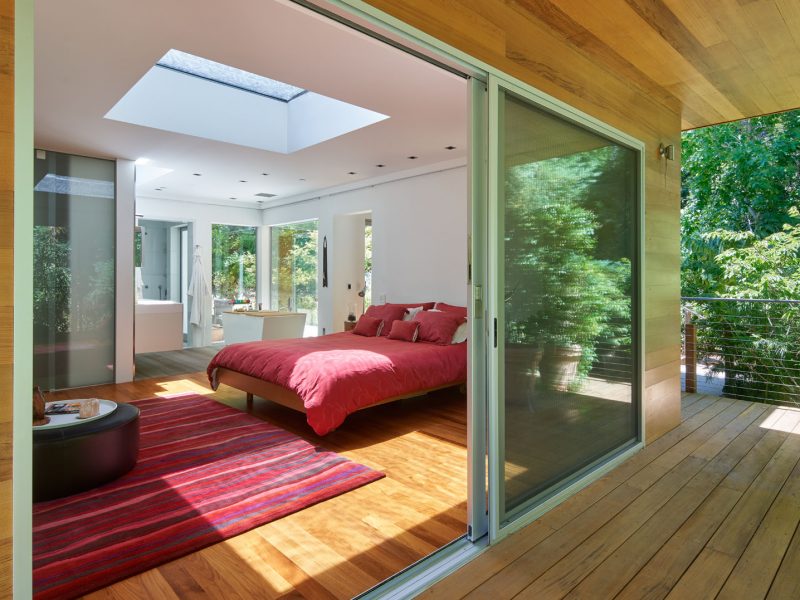 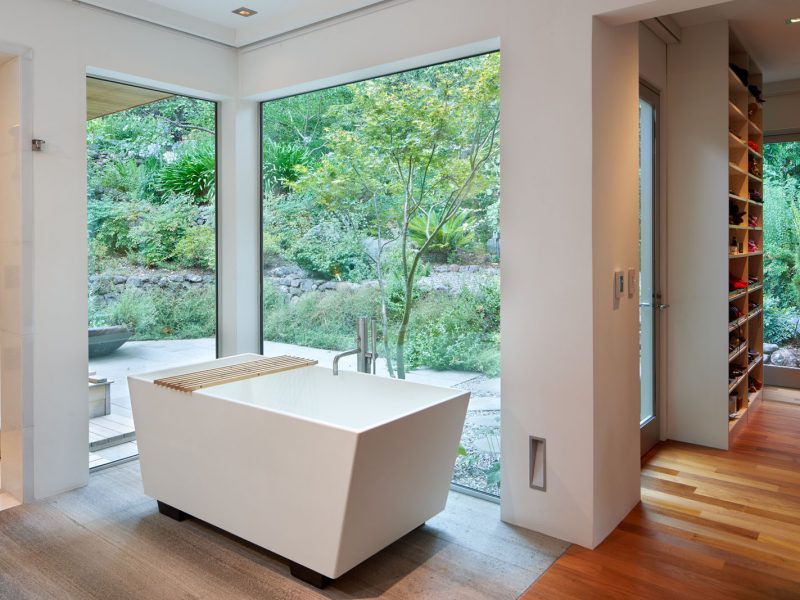 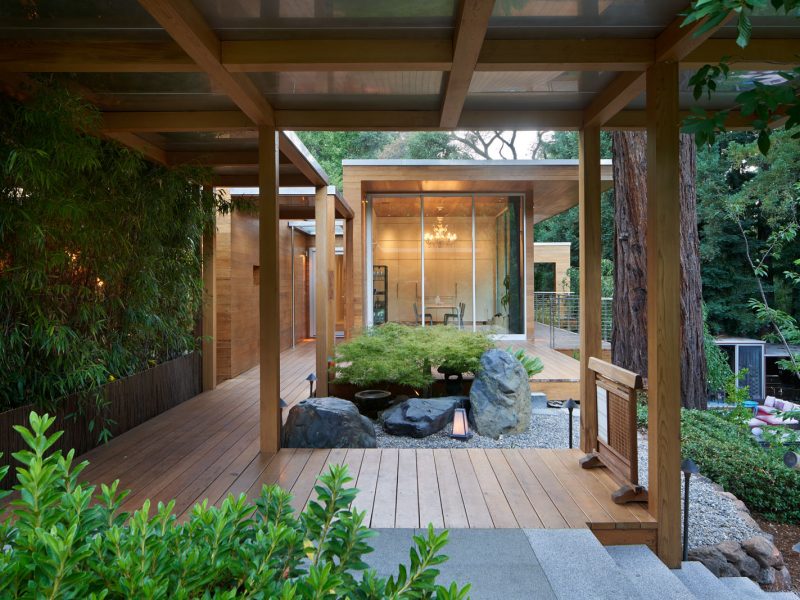 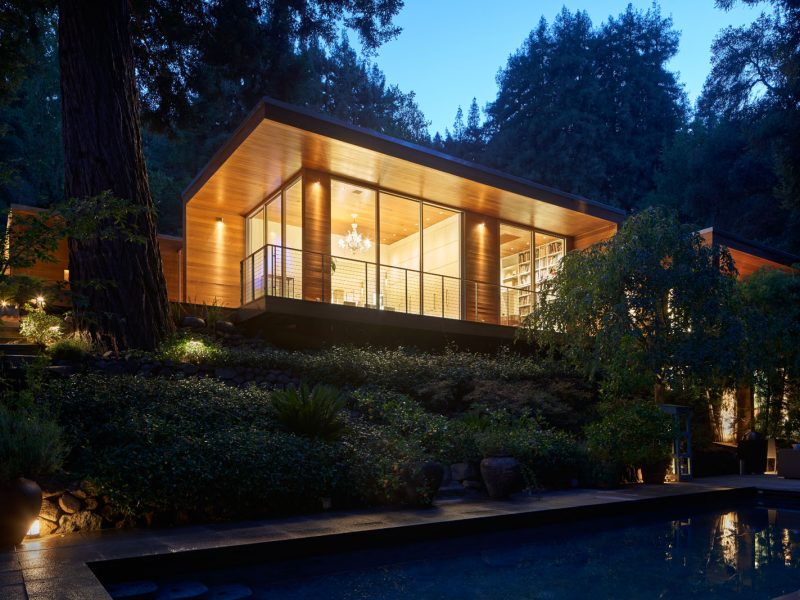 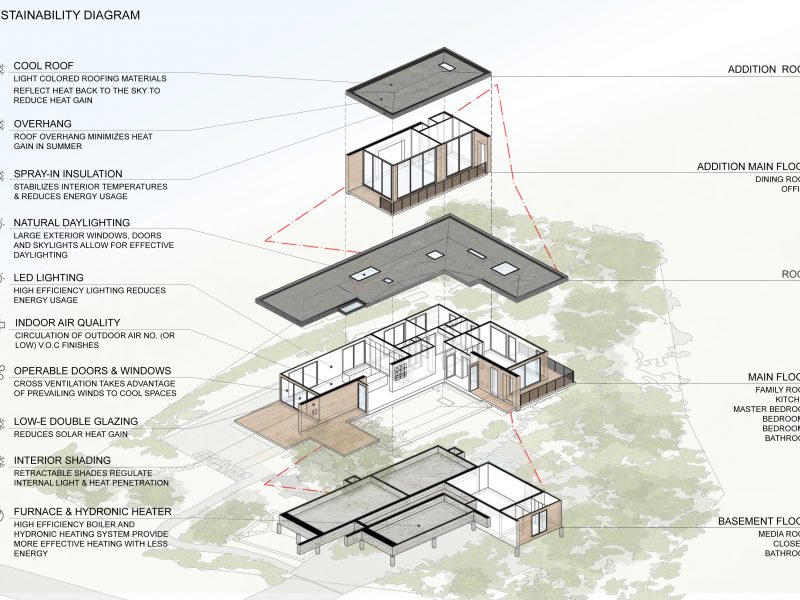 Tōrō House is a new home in Woodside, California. The home sits on a hillside marking the interface between a redwood forest grove to the east and a deciduous grove and meadow to the west.

The original mid-century home was laid out in an ‘L-shaped’ plan around a central terrace facing a singular monumental redwood tree. The site is subject to 50-foot setbacks on all sides, and the existing home extended well into several of them.  The buildable area left for an addition and pool was therefore a narrow triangular shape bisected by an unbuildable steep slope.

Our client is a true renaissance man: a product designer, software engineer, and playwright.  His hand is found in many of the well-designed software and consumer products most of us use every day.  He loves the site for its liminal nature and the choreography of moving through it. His design aesthetic finds its grounding in a love for the essence of all things Japanese.

Our shared endeavor was to create a home that added the necessary program and accentuated the feeling of being perched above the ground in the canopy of the redwoods.

With an entrance at each end, the cleft between the original and new buildings becomes the interior circulation. Clear finished cedar siding covers the entire exterior of the building, wrapping back under the eaves onto the ceilings of the dining room and office, creating a sense of continuity between interior and exterior.

A grand stairway of meandering granite slab steps leads up through a cedar “gatehouse” to a canopied entrance deck facing the front door. A simple Japanese garden is located between the entrance deck and the house, enshrining the monumental tree.

The interior of the home is a uniformly peaceful soft white, accommodating the owner’s furnishings and favorite objects. Floors are mostly muted porcelain or travertine tiles, accented here and there by Teak wood.

Tōrō House is a study in the harmony of dualities.  Like the central hallway uniting the two wings of the residence, the house itself is a product of uniting Japanese and Mid-Century Modernist aesthetics – a marriage of east and west emblematic of the new Silicon Valley.